Belgium Will Continue With Palestinian Aid Even Though....... 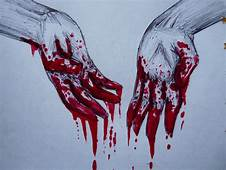 The Israeli intelligence services have warned the Belgian government that millions of euros in developmental aid sent by Belgium to Palestinian aid NGOs have likely been diverted to terrorist groups, such as the Popular Front for the Liberation of Palestine. However, the Belgian government sees no reason to freeze the payments.

It's called having blood on your hands.

The below article from the Dutch-language site, Pal News, is translated by Fousesquawk.

Our country is continuing with controversial development support to Palestine. An investigation warned that Belgian money possibly ends up in the hands of a terrorist organization, but the minister of development cooperation, Meryame Kitir, sees no reason to put a stop to the developmental aid.

In recent years, millions of euros in Belgian developmental aid has been sent to Palestinian NGOs, but a report from the Israeli intelligence services accuses the NGOs of channeling that money to the Popular Front for the Liberation of Palestine (PFLP), an organization officially labeled as terrorist by the EU.

However, Belgium will not stop the developmental aid to Palestine. That is what the minister for developmental cooperation, Meryame Kitir, said after she conducted a Belgian investigation. "On the basis of that investigation, I see no reason to freeze the resources, nor to conduct an additional external investigation. I trust in our Belgian partner organizations and in the existing control system," said Kitir.

There is necessary outrage on social media on the decision of Kitir. "Is Belgian developmental money used to finance a Palestinian group which the EU has labeled a terrorist organization? Israel warned our country in May..... But the government, after its own investigation, sees no reason to freeze the money," said De Tijd investigative journalist Lars Bove, who was retweeted by various N-VA (New Flemish Alliance) leaders, such as Theo Francken.

"Is Belgian developmental money used to finance a Palestinian group which the EU has labeled a terrorist organization? Israel warned our country in May..... But the government sees, after its own investigation, no reason to freeze the money,"