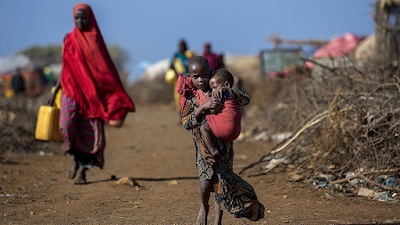 As previously reported, the northern Mozambique province of Cabo Delgado has suffered a series of terrorist attacks by Islamic State groups, which have killed many villagers and displaced thousands. This week, Germany has donated 26 million euros to assist the victims of this Islamic terrorism in the African nation. The below article from the Portuguese-language Mozambican newspaper, Folha de Maputo, is translated by Fousesquawk.

The German government has made 26 million euros available for an "urgent humanitarian response" in Cabo Delgado.

The amount was made available through the World Food Program (WFP) in response to an appeal made by the organization to the international community, targeting the "urgent availability of new funds" to support the victims of armed violence, according to a statement in possession of "Folha de Maputo."

"I feel proud of these funds, which undoubtedly arrive at the moment when the population of Cabo Delgado most needs (them) in order to survive and recover," said Lothar Freischlader, ambassador of Germany in Mozambique, as quoted in the document.

According to WFP, the amount will allow assistance to more than 290,000 persons affected by the armed violence in the north of Mozambique, at a time in which the need for assistance "is increasing at record levels".

"Without the support and immediate action, thousands of people would suffer from food insecurity in the north of Mozambique. The WFP will continue to support the most vulnerable and furnish assistance for recovery and resiliency, working in close collaboration with the national institutions," said Antonella D'Aprile, representative and director of WFP in Mozambique.

In accordance with the statement, with the additional funds announced today, Germany has contributed to WFP in 2021 "twice as much as what was contributed in the last 4 years combined."Armed groups have been terrorizing the province of Cabo Delgado since 2017, some attacks being claimed by the group, Islamic State.